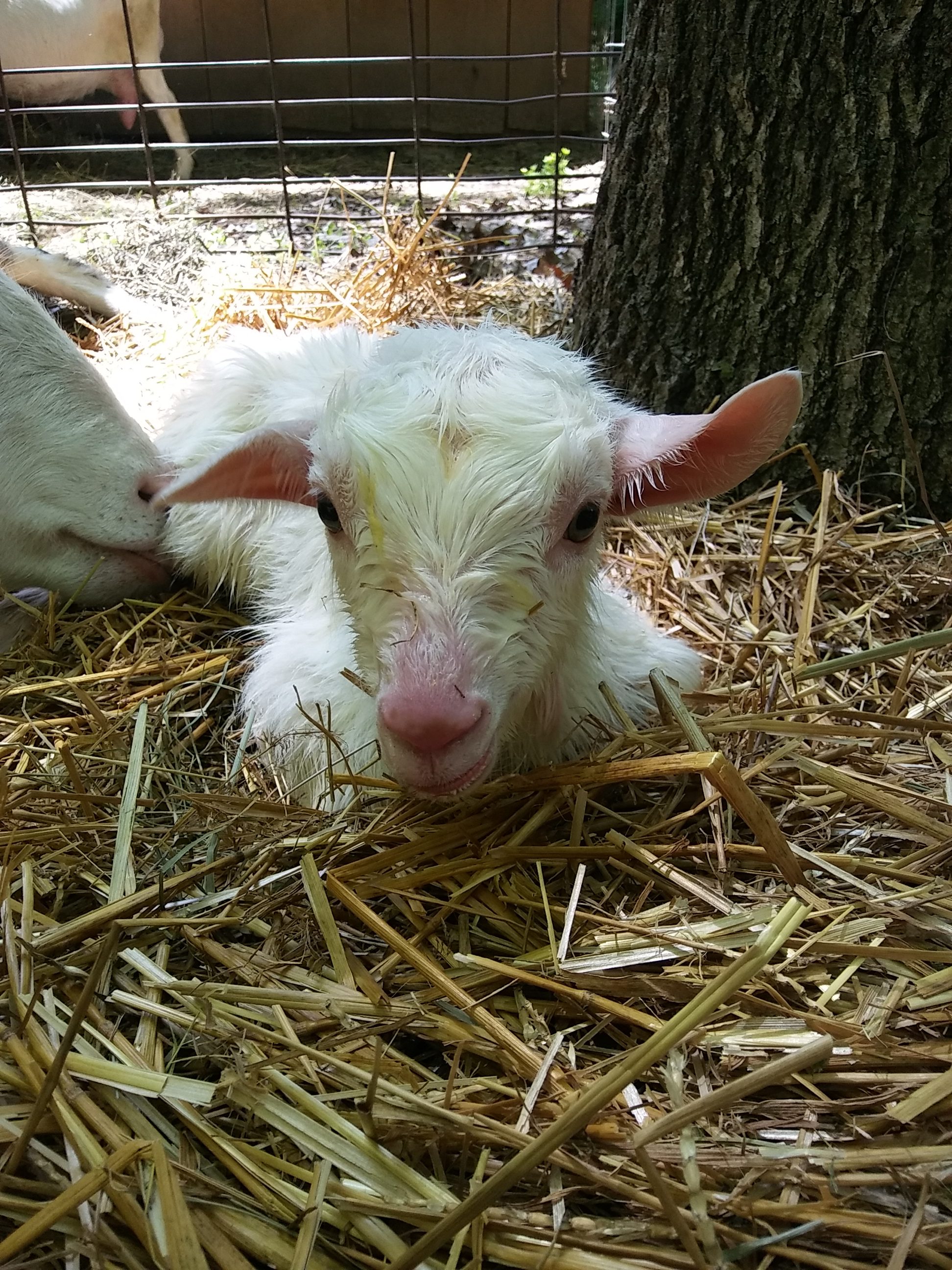 Posted on May 30, 2018No Comments on Farming or Homesteading, Is it worth the work when I have a full time job?Posted in farming

Ten days, ten glorious days that I had off work. Ten days that I didn’t have to go out in public nor talk to anyone except my animals (well, and my husband occasionally!) It was the ultimate “staycation”. There was so much to do: rework some flower beds and an herb bed, find the garden space under all the weeds and leaves, spread compost, mulch, care for my goats and prepare for new babies, and many more miscellaneous cleaning tasks. My list was certainly bigger than my time and I was hit with blazing heat, blood sucking bugs, and backbreaking work. So at the end of the 10 days, was IT worth it?

First let’s establish what IT is.

Farming or Homesteading- what am I doing?

Since I started my blog a few months ago, I have met a lot of great like-minded people on Instagram. I went in search of what I thought were farmers and found that many of them are calling themselves homesteaders, actually “modern” homesteaders. What exactly is that? There are a lot of articles that explain homesteading, but one of my favorites is by Jill Winger at the Prairie Homestead.  She helps people live a simpler, more fulfilling lifestyle.

I grew up on a farm with a lot of beef cattle and various other animals along the way. We also had a huge garden and my mom preserved a lot of food. Now with just a few animals, I still consider myself a farmer albeit on a smaller scale. I considered it a hobby farm because it was small and not my main source of income. But really its more than that, since we use products that we produce and occasionally I sell them also. But am I a really a homesteader?

I’ve joined some groups of other homesteaders and I can’t help but feel like an impostor.  Back before I worked full time, I grew as large a garden as possible, preserved everything, and made many things from scratch. It was just a natural thing to do, didn’t everyone do that? In the last 10 years as I’ve been pulled away from home more, I have gradually gotten away from many of these tasks that I loved.

What did I do during my “homesteading/farming” staycation?

There was a reason why I had so much work to do during these 10 short days. Not only had I been putting off a lot of it, I actually didn’t even do some of these cleanup projects last year. I had established some of my flower beds years ago and enjoyed every minute of it. If they are kept up, doing maintenance throughout the growing season, they are not as much work and stay very enjoyable. I had lots of weeding and dividing and mulching to do. My herb bed also needed a full makeover including making new sides for the raised beds.

Last year, I had let my garden go and didn’t put it to bed in the fall. I actually wondered what in the world I did with my time last fall because everything was such a mess. I turned down the prospect of a tiller because the weeds were so thick and included a huge tangle of ground vine that would have become worse with a tiller. So I pulled every weed in my garden by hand. I then turned over a lot of it with a shovel, incorporating some new compost. I didn’t even get around to planting everything that I wanted by the end of my 10 days but it was mostly ready.

One could easily argue that I didn’t need to get up during the night to check on my goats that were getting ready to kid. My alarm was set for every 2 hours so I could check the app on my phone that was connected to the camera watching them. I not only wanted to be there, I realize that there are lives at stake – both the mom and the babies. I wanted to be there to assist if needed.  Plus one of my does is older with large, very low teats, making it difficult for kids to find and latch on. If the kids don’t eat within the first 30 minutes, they could become weak and need to be drenched and even bottle fed. This would make a lot more work for me for weeks to come so the payoff for getting no sleep is big.

Sure I didn’t have to do any of this work, but I wanted to. I had a list of things that I wanted to accomplish and I was able to cross a few things off the list. I love the way things look and I am excited about my garden this year.

So this leads us to my question.

Was all my hard work worth my time?

I greatly underestimated the amount of work involved in many of my tasks. I tried to pace myself and make sure that I ate regular and got sleep but I was unprepared for how bad my arthritis would hurt at the end of the first days. My strength and stamina was greatly tested.

When the week first started, the temperatures were a mild mid 70’s. But just a couple days later I had to deal with temps in the mid-80’s and several days at 90’s. Normally I spend most of my work time indoors and being out in the sun and heat was really exhausting. I took breaks, worked in the shade when possible and drank plenty of water. Thankfully my sunburn was not too bad.

The bugs were the worst part. Mosquitoes and little black gnats that seem to take huge bites out of your skin. I didn’t even realize I was getting bit by these bugs until I would see blood dripping. When I went inside one night, my arms and neck and even my face were covered in these bites.

But you know what? Despite the heat, the bug bites, the lack of sleep and sheer exhaustion, at the end of the week I realized that I wouldn’t have changed anything. I actually felt better, a lot stronger, and content. My list had a few items crossed off and my home was made a little more beautiful. I had been present at and helped bring new life into the world. My garden was on its way to bringing us some real food. And the most important thing that made all the work worthwhile was just being outside with the sun on me, smelling my flowers in bloom, listening to the birds, and watching my baby goats experience everything for the first time. So yes, whatever IT is that I’m doing, I know it’s worth every minute of it.

It's Christmas week! I have been so caught up in

The sassafras has started! I can almost smell the